Economic Agreement between the Basque Country and the spanish State

The four Basque provinces which
are part of the Spanish State enjoy considerable fiscal autonomy, comparable
to that of any EU Member State. Following two wars during the 19th century the
Basque territories lost most of their administrative and legal autonomy (foral
system) but they were able to reach an agreement with the Spanish Government
to preserve their fiscal autonomy. This agreement between the Basque provinces
and the Spanish State is known as an Economic Accord (in the case of Navarre)
or Economic Agreement (Alava, Vizcaya and Guipúzcoa). We will refer to
these as ‘foral territories’.
WHAT ARE THE ECONOMIC AGREEMENT
AND ACCORD?
The Economic Accord or Agreement
is a system which divides up, within the general tax system of the State, the
various areas of responsibility, and the Basque provinces thus formulate, regulate
and collect all the taxes falling within their jurisdiction. The taxes over
which they have jurisdiction are known as taxes governed by the agreement. The
foral territories obtain their resources directly from tax-payers and with this
money must finance the operation of the public sector; in other words, the foral
territories, like any autonomous tax department, assume all the risks associated
with tax levying.
Legal Framework
Spanish Constitution,

Additional Provision No 1:’ The Constitution protects and respects the historic
rights of the territories with ‘fueros’.’
Autonomous Basque Community:Statute
of Autonomy
Article 40: The Basque Country shall
possess its own autonomous tax department for the purposes of carrying out its
responsibilities and financing them properly.
Article 41.1: Fiscal relations between the State and the Basque Country
shall be governed by means of the traditional foral system of Economic Agreement
or Accord.
Organic Law 12/1981 of 13 May,
adopting the Economic Agreement between the State and the Basque Autonomous
Community.
Foral Community of Navarre:Improvement
of the traditional law (fuero) ,
Article 45.3: Navarre is empowered to maintain, establish and regulate
its own tax system, without prejudice to the provisions of the relevant Economic
Accord.
Organic Law 28/1990 of 26 December,
adopting the Economic Accord between the State and the Foral Community of Navarre.
QUOTA
The foral territories contribute
to the tax department of the Spanish State an overall quota (contribution in
the case of Navarre) as a contribution to all the State’s economic and financial
expenses in the above-mentioned territories for which the foral institutions
have not yet assumed responsibility and as a contribution to solidarity between
regions.
In the case of Alava, Vizcaya
and Guipúzcoa, a law is adopted every five years which lays down the
method to be used and a taxation coefficient is applied to the total amount
of the State’s expenses in areas for which the foral territories have not assumed
responsibility; compensatory adjustments are also made. The taxation coefficient
currently in use is 6.24%, i.e. the foral territories pay for 6.24% of the general
expenses of the State in areas for which they have not assumed responsibility.
We should note that the population of these territories represents 5% of the
total population of the Spanish State
TAX HARMONISATION
The laws governing the Agreement
(Alava, Vizcaya and Guipúzcoa) and the Accord (Navarre) stipulate that
foral legislation shall be in line with the common legislation of the State
and that the foral systems shall maintain an overall actual tax burden equivalent
to that in the rest of the State. This implies that there must be fiscal harmonisation
between all the fiscal systems.
In spite of this, the vague
wording of these articles has engendered legal uncertainty, since the Madrid
government and the foral territories interpret the term ‘equivalent tax burden’
in a very different way.
FISCAL AUTONOMY AND THE EU
The foral system of fiscal autonomy
is perfectly compatible with potential fiscal harmonisation in the EU. It should
be considered as just one more tax system among the tax systems of the Member
States. 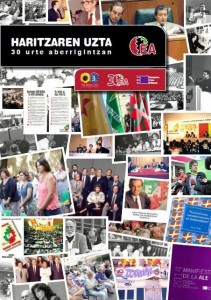